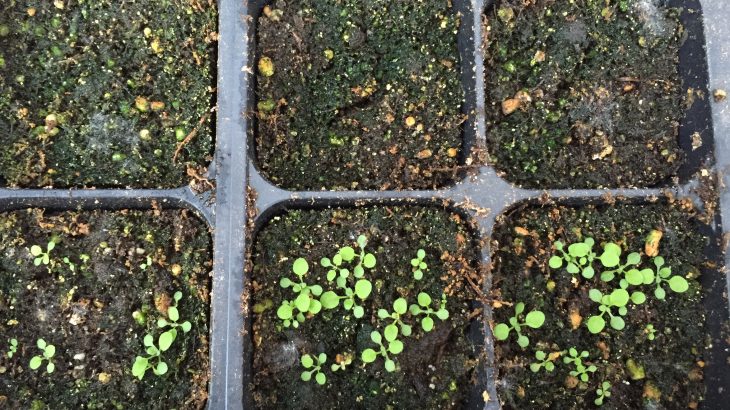 A new study has identified peak morning gene activity that is critical to the timing of a plant’s flowering process.

Previously, this peak activity has only been observed at night in the flowering plant Arabidopsis thaliana, which is a widely studied plant used for understanding how flowers transition from their vegetative growth stages to flowering.

Understanding this process could help better shape our knowledge of how plants allocate resources and expend energy to produce the fruits, leaves, tubers, grains, and nuts that make up so much of our human diet.

Researchers led by the University of Washington conducted a study to examine the growth of Arabidopsis thaliana in its natural outdoor environment compared to plants grown in an artificial indoor lab to see if there were unaccounted factors in plant growth.

The results, published in the journal Nature Plants, showed that the gene FT which helps drive plant transition is active both in the morning and evening.

The researchers grew Arabidopsis in outdoor conditions similar to commonly used indoor lab environments, but instead of artificial light, the researchers were able to see how natural sunlight affected the plants.

Arabidopsis plants were grown outdoors for five summers in a row and the researchers compared the outdoor plant growth rates to plants that were grown indoors.

The researchers discovered that the FT gene is also active during the morning for outdoor plants meaning that there is something about the indoor plant environment that stifles this natural activity.

It was concluded that the fluorescent bulbs used in Arabidopsis research don’t emit the same wavelengths that sunlight does.

The researchers added a far-red LED lamp to the indoor growth chambers to help create a more natural environment and the plants then produced peak FT gene activity in the morning.

The results show that artificial indoor environments need to better reflect natural outdoor sunlight and temperatures as this could provide more insight into the flowering process.

“We show that just a few simple modifications are needed to the artificial growing conditions, which researchers are using worldwide, so that lab research on Arabidopsis more and other plants accurately mimics outdoor growing conditions,” said Imaizumi. “This ensures that the discoveries made in the lab will be more comparable to what the biological processes are — at the cellular and molecular level — in other plants of interest in nature.”