Skeleton reveals hints of how leprosy spread in medieval Europe

A newly discovered skeleton may answer a question that has plagued historians and scientists: why did leprosy spread so suddenly in western Europe?

Between the 11th and 14th centuries, there was a sudden rise in the number of leprosy hospitals in Europe, according to Dr. Simon Roffey of the University of Winchester in the United Kingdom.

But leprosy wasn’t a new disease. Physicians in ancient Egypt, India, and China had described diseases that sounded much like leprosy centuries before it reached Europe. Leprosy had reached as far as England by the 4th century. So why was it suddenly spreading so quickly?

A skeleton discovered by the University of Winchester researchers may have held the answer – not in the bones themselves, but thanks to an item buried with him.

The man was buried with a scallop shell on the grounds of one of England’s first hospitals, St. Mary Magdalen in Winchester. Radiocarbon dating shows the man died in the 11th or 12th century, toward the beginning of the leprosy epidemic, scientists said.

The scallop is significant because they were traditionally given to pilgrims who traveled to Santiago de Compostela in Spain, where the shrine of St. James stood.

DNA shows that the strain of leprosy the man had came from central or western Asia, according to Dr. Mike Taylor of the University of Surrey.

While there’s no evidence the man contracted leprosy during his pilgrimage, it does align with a previous theory that historians discarded.

At one point, scholars thought the Crusades might have been the reason leprosy spread from western Asia to Europe. The idea was thrown out because leprosy rates were rising before the holy wars began, Dr. Roffey said.

Pilgrims to the holy sites in western Asia may have contracted the disease and spread it along pilgrimage routes.

The bacterium that causes leprosy has not changed much since its heyday in western Europe. While people still contract leprosy – now known as Hansen’s disease – in the modern day, it’s much less common, likely due to higher resistance. (It is becoming more common in squirrels, however.)

The new skeleton is one of several leprosy victims excavated at the St. Mary Magdalen site.

The scientists published their research in the journal PLOS Neglected Tropical Diseases.

Image credit: Dr. Simon Roffey of the University of Winchester 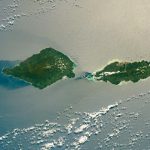 The sunlit Samoan Islands from space 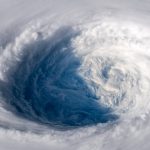 Today's Image of the Day from the European Space Agency... 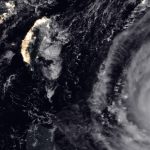 Today's Image of the Day from NASA Earth Observatory shows... 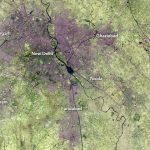 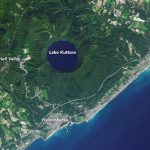